Privatisation for profit only leaves community at risk, Sims charges

Australian Competition and Consumer Commission (ACCC) chair Rod Sims has loosened a broadside on the economic burden of monopoly privatisations.

Amongst a slew of issues in Sims’ cites during a National Press Club speech in Canberra on ‘Market power in the Covid-19 era’ was the long-term leasing of a number of the nation’s ports.

The statements come hot on the heels of Victoria's Essential Services Commission (ESC) criticising the lack of effective controls put in place for the privatisation of the Port of Melbourne.

He argues that this has exposed gaps in the law with little or no regulatory restraint on the market power thereby gained.

And while noting there are serious flaws with the National Broadband Network (NBN) and the Australian Rail Track Corporation (ARTC), it is the lack of control over ports has him worried.

"More concerning, however, is that there is currently no or little regulation of monopoly privately-owned ports," Sims says.

"When these were government-owned, political pressure on Ministers kept prices reasonable. But the ports were sold, usually with no control over their pricing in order to maximise the proceeds of sale.

"The resulting unfettered market power of some ports is costing our nation dearly.

"The same situation applies to our airports."

Read Sims’ views on the need for more and faster reform in transport, here

This leads Sims to advocate for legislative action.

"In my view, we need a new 'Part IIIB' monopoly regulation regime that would see owners of significant infrastructure with market power subject to some form of price regulation," he says.

"Properly priced infrastructure is vital for our economy.

"And we need to stop the privatisation of assets with no regulation on the way they will set future prices.

"This sees high initial sales proceeds go to the government vendors which is subsequently 'paid for' by the users of that infrastructure through excessive prices for many decades afterwards."

More generally, he elaborated on his fears of the Covid-19 pandemic’s economic effects and lack of reform cementing market power in fewer hands, leading to the lessening of competition and innovation and the gouging of consumers.

The full speech can be found here. 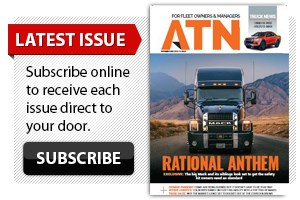