In what appears to be an Australian record, Victoria International Container Terminal (VICT) has lifted infrastructure surcharge to $121.80 per full container, in a move that has alarmed critics who must deal with hike.

The rise puts VICT’s access charge into three figures and $23 more than the next highest, stevedore DP World Australia’s (DPWA’s) charge also in Melbourne, which was raised from $85.30 plus GST to $98 last month.

"With a commitment to delivering a world class service and  leading truck turnaround times of under 30 minutes, VICT continues to improve systems to ensure greater efficiencies for both landside and shipside operations," VICT says in an industry notice.

In a statement that transport and trade will find disingenuous, given the unregulated and relentlessly increasing charges have been forced on them despite the lack of a commercial relationship, VICT points to the trend as a fait accomplish.

"As the market is changing, there is a shift towards split waterside and landside tariffs," it says.

"This rebalancing allows VICT to remain competitive in the market, whilst continuing to provide shipping lines and shippers with leading service levels and a viable alternative container terminal in Melbourne."

The VICT rise of $36.80 on the previous level of $85.00 in March comes as the Port Pricing and Access Review report’s promised deadline looms.

However, it appears business consultancy and accountancy Deloitte, which is running with the review, has been given extra time to produce a draft report, though that is expected this month.

Read how the access charges issue is gaining scrutiny in NSW, here

Freight & Trade Alliance (FTA), the Australian Peak Shippers Association (APSA) and the Container Transport Alliance Australia (CTAA), which is one of two industry alliances battling the access charges, wrote to the Victorian ports and freight minister Melissa Horne three weeks ago, around the time of DPWA’s own charges rise, seeking clarity on the report and registering its opposition to that rise, FTA director Paul Zalai reports.

"The Alliance has again followed up with the Minister and departmental representatives this afternoon following the release of the VICT notice, stressing that while this charging regime serves to provide stevedores with a healthy bottom line profit, it has significantly increased the commercial strain on logistics service providers who must carry the cost of the charges in the first instance and ultimately pass costs onto exporters and importer," Zalai says.

"Low margin commodity exporters are particularly hardest hit by these unfettered and unregulated price increases at a time also when drought and other supply chain pressures are impacting export growth generally.

"At a time when traders, logistics providers and the agriculture sector need it most, we need the Minister to stand up as a true leader." 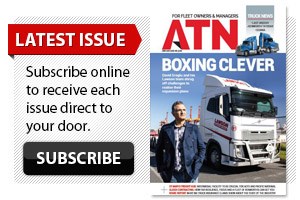