Governments have been accused of raiding the trucking industry to the tune of $292 million under the latest heavy vehicle charges decision.

The Australian Livestock and Rural Transporters Association (ALRTA) has reacted strongly to last week’s announcement of a significant increase to fuel and registration charges from July 1.

The industry’s fuel tax credit will drop 2.4 cents per litre, while registration fees for some combinations will skyrocket.

Ministers also agreed to cut the cost of registering A-trailers, but ALRTA Executive Director Philip Halton says governments are taking more than necessary to compensate for a decline in revenue.

He says the reduction in A-trailer charges would have blown about $66 million in government budgets, but the latest round of charges will suck almost $300 million extra from the industry.

"What ministers agreed to do is shift costs from A-trailers onto other vehicles and trailers but then, on top of that, they’ve hit industry with that extra $292 million per annum in charges," Halton says.

"The extra money that ministers are taking from industry is four and a half times what had to be shuffled around between different vehicles and trailers."

Furthermore, it argued a 5.7 percent increase would lead to a $144 million shortfall, prompting ministers to agree to higher charges to recoup lost revenue.

"The NTC advised them to take the whole lot in one ago and the states leapt at the opportunity," Halton says.

Halton says the ALRTA raised its case with governments but did not get anywhere.

"Budgets are tight and they’re on the hunt for extra revenue. Simple as that," he says.

The ministerial decision blindsided the industry, which was not informed during the release of the NTC’s heavy vehicle charges discussion paper in December last year of any under-recovery.

"Across the country, I doubt that there were more than a dozen operators who were expecting such a large increase to be approved by ministers," Halton says.

The NTC’s final proposal that went to ministers differed markedly from the discussion paper. It recommended an increase in the fuel tax of less than 1 cent per litre and did not mention the process used to calculate charges was flawed.

"Year on the year, the annual adjustment has slightly under-recovered and has now reached levels of under-recovery that triggered the 2007 heavy vehicle charges determination," the NTC’s final proposal states.

A semi-trailer truck will rise an extra 11 percent to $6394 from July. Road train operators have been hard hit, with costs for double and triple road trains climbing 21 percent to $13,857 and $16,607 respectively.

Transport ministers agreed to reduce A-trailer fees, with a tri-axle unit falling from $6525 to $3300. It means the cost of registering a nine-axle B-double will fall to $14,407.

"While we’ve won on A-trailers, ministers have waved through a stunningly high set of fee increases," Halton says.

He has expressed concern over what last week’s decision means in terms of future increases, saying it shows ministers can effectively ignore the annual adjustment figure.

"There are no longer any government-mandated limits on what an annual adjustment may possibly produce as a change to the costs facing your business," Halton says.

In its report to transport ministers, the NTC cites the increase of 2.5 cents per litre in the fuel tax as a positive move.

"This will reduce the financial pressure on low mileage operators and will enable the industry to more easily recover its costs from its customers," the NTC says.

But Halton has expressed a different sentiment, warning operators to "brace yourself" when the hefty price rise takes effect.

Sign up to receive the ATN e-newsletter, digital magazine and other offers we choose to share with you straight to your inbox 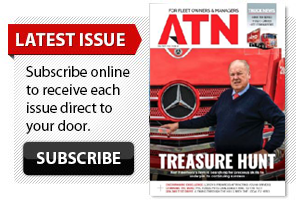